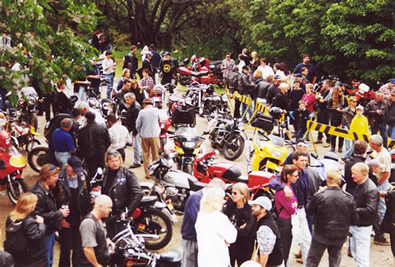 The first Milton Charity Bike Show Committee was formed by a small group of local riders. We saw the opportunity to have an event within the town for bike riders and enthusiasts to get together for a fun and family oriented day. The event would also raise funds for a local charity.

The first show was held in Kendall Park, Ulladulla, on Sunday, 30th October, 1994, and was catered by the Apex Club. There were 94 bikes entered in the show and many locals and tourists attended. Most importantly we raised $500 for Adam Wakefield who was our first recipient.